US Negotiates with Nigeria Pirates 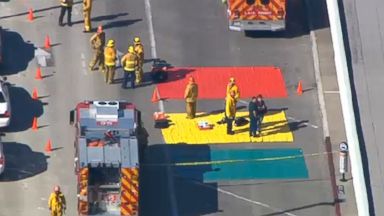 A US company is said to be negotiating with hostage for possible ransom and subsequent release of hostages taken off Nigeria waters.According to AbC News, this negotiation is on going. see message below

Sources briefed on the matter said third-party agents have made contact with the hostage-takers, who have not been publicly identified, and talks to free the men are under way.

The U.S. government is not considering any type of military operation to rescue the seamen, officials said. The kidnapped men, employees of the maritime transportation company Edison Chouest Offshore, have only been identified as the Captain and Chief Engineer of the C-Retriever, an oil supply vessel. The U.S. government itself has a longstanding policy against complying with ransom demands, but private companies are not subject to such a policy.

Eze Chucks is an experienced media practitioner. He has worked for several news organisation.He has pioneered many online news website as an editor . He holds a B.Sc Economics degree and a masters degree email:editor@compassnewspaper.com.ng
Previous Nigeria Pirate Kidnapped 2 Americans
Next Pakistan Taliban Head Killed by US Drone

Re-Trump Speaks With Buhari & Invites Him To Washington: Presidential Falsehood May Have Gone Beyond Borders

We Need To Save Akwa-Ibom from the Hawks

One United Nigeria: An Act Of Impossibility Under Buhari Presidency, Except By Referendum