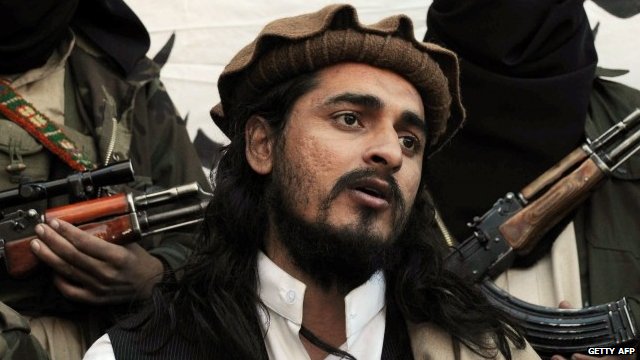 It has been reported that Pakistan Taliban Head has been killed by a US drone. This was confirmed by asenior US intelligence officialwho told the Associated Press that the US received positive confirmation on Friday morning that he had been killed..

The leader of the Pakistani Taliban, Hakimullah Mehsud, has been killed in a drone strike, a high-ranking Taliban official has told the BBC.

The strike targeted a vehicle used by Mehsud with four missiles in the north-western region of North Waziristan.

Four other people were killed in the strike, including two of Mehsud’s bodyguards, intelligence sources say.

Several previous claims of his death, made by US and Pakistani intelligence sources, have proven untrue.

Eze Chucks is an experienced media practitioner. He has worked for several news organisation.He has pioneered many online news website as an editor . He holds a B.Sc Economics degree and a masters degree email:editor@compassnewspaper.com.ng
Previous US Negotiates with Nigeria Pirates
Next Nigeria has now paid coach Keshi part of his salary

Re-Trump Speaks With Buhari & Invites Him To Washington: Presidential Falsehood May Have Gone Beyond Borders

We Need To Save Akwa-Ibom from the Hawks

One United Nigeria: An Act Of Impossibility Under Buhari Presidency, Except By Referendum